Wendy
Columbus, Ohio, United States
A project manager by day, but an outdoor enthusiast 24/7. Desired profession....KAYAKER! My boats include a red 14' Wilderness Systems Capehorn, an orange 11.5' Dagger Blackwater, and a lime green Dagger Approach 9'. One more boat and I think I qualify as a livery. My other toys include a Specialized Allez Sport road bike and a Jeep Wrangler to hold 'em all!

Paddling the Lake Erie Islands was on my Summer To-Do List.  Mission accomplished although I hope to go back and visit South Bass Island in July and paddle Kelly's Island too. 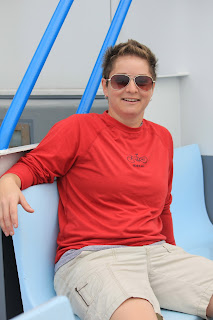 I met up with a friend from Michigan at Catawba Island (actually a peninsula) on a very windy day.  We purchased our ferry tickets and carted our kayaks full of gear onto the boat.  We caught the last ferry of the day to Middle Bass Island.  Upon arriving, we pitched our tents in the new, yet very primitive Middle Bass Island State Park campground.  Had some wine and appetizers and then headed to Walleyes bar right down the road.  Ha ha.


The wind kept the bugs away and the crashing waves against the ragged walls of the Western side of the island keep the music blowing in from Put-in-Bay to a minimum.  The next morning brought light warm rain.  Instead of paddling we walked nearly to the Northern edge of the island (probably 2+ miles one way).  On the trek, we saved a turtle that was trying to cross the road, was snuck up upon and nearly scared to death by a beagle, and was attacked by mayflies.  Apparently these little insects were in their prime during our stay.  Lovely.  I didn't mind a few on me, but when a few dozen were attached to me and my clothing, it became a little bit annoying and disgusting at times.  Locals seemed used to this circle of life.  They hatch at the bottom of the lake, emerge from the water, and then die within 24 hours leaving their slippery little carcass scattered everywhere.  It was a sight to be seen especially at night around the lights.

The afternoon was spent at Hazards for lunch.  Fun lively place with good food and great strawberry daiquiris.  That evening was again spent at Walleyes having a few beers and listening to the band Faction out of Cleveland.  After stumbling home to our tents we crashed until late the next morning.  I enjoyed some alone time on the little patch of beach in my lawn chair reading Patricia Cornwell on my Kindle.  (LOVE the Kindle especially now camping..thanks little brother).  In the afternoon, the wind had died down and the waves were manageable on the other side of the island.  Off we paddled. 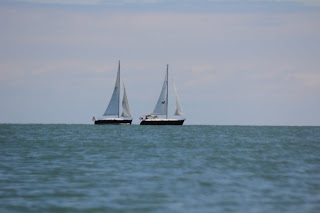 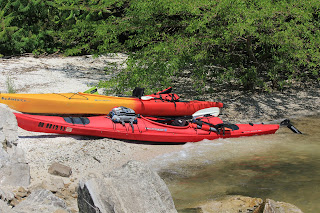 I've seen some cool things paddling, but by far the coolest thing were these snakes with fish in their creepy little mouths.  I HATE snakes but after I realized the snake could not crawl onto my kayak with or without the fish hanging out of its mouth, I calmed down and took some pix.  I still find them creepy and scary, but it was interesting watching them.  We also saw a Great Blue Heron catch and eat a snake. Fine by me as one less reptile in the world.  The Bald Eagle surprised me and I fumbled to get my camera out as I was in awe of this majestic bird.  At the tip of the island there is a nature preserve and a little dock area.  We beached our boats and stretched there for a bit meeting Jeb the cutest Pug-Boxer-Jack Russell Terrier Mix.  He was adorable!  I wanted to take him home in my yak.  The owner said there was a waiting list for him.  Ha ha.  To top off our paddle, we decided to stop in at Hazards on our paddle back for another strawberry daiquiri.  Are you detecting a pattern? 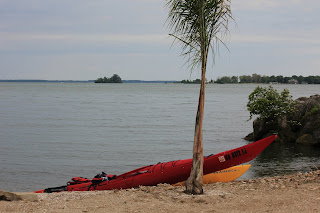 After dinner at Hazards, a quick and much needed shower in the marina after 2 days of roughing it, we caught the ferry to Put-in-Bay on South Bass Island.  I had heard stories about PIB, but had never been.  It was Pirate Festival weekend.  In addition to hundreds of pirates, thousands of mayflies, and millions of drunk kids, we did see fireworks at dark.  After wandering around a bit stepping over drunk girls flailing their bodies on the ground in what they called amusement, we relaxed at the Boathouse with wine and snacks.  Caught the 12 AM high speed ferry back to MBI.  Took like 20+ minutes to get to PIB, but only 7 minutes to get back.  Go figure.

Next morning was rise and shine by 9am to pack up and catch the 10:15 ferry.
Fun trip.  Small island but interesting experience none-the-less. 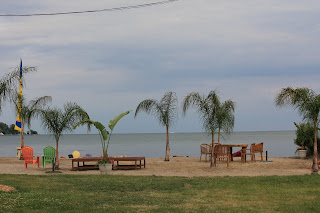 Hocking Hills region is so close that a road trip this Memorial Day weekend was in order.

A picnic lunch at Fern Picnic area in Clear Creek Metro Park was the first stop.  We found a picnic table in the shade to get away from the 93 degree heat.  It was next to the creek and we could hear the sound of water splashing over the rocks.  We also saw a few bluebirds.  This area had about 4 picnic tables, several charcoal grills, and a clean & supplied portapot.  The drive down the side road off of route 33 is a pleasant lazy road. 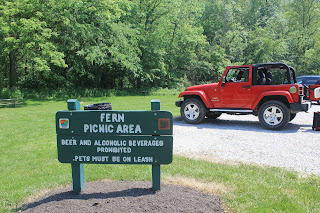 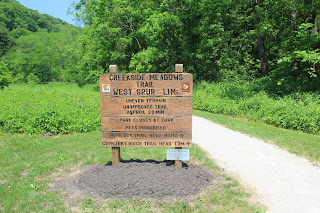 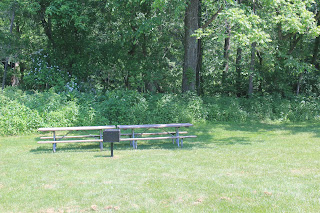 After lunch, we headed to Old Man's Cave and Cedar Falls.  It was probably 20 degrees cooler in the caves!  Saw the cutest Jack Russell puppy on the trail.  I have more pix to add, including the JRT, but the blog won't let me add any more.  Will try again in a couple days. 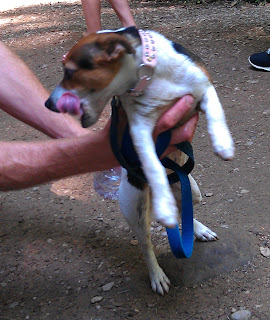 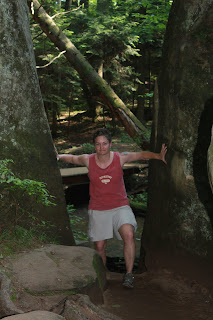 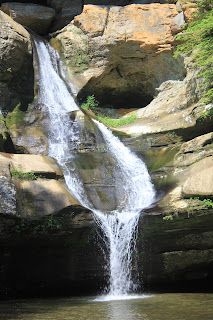 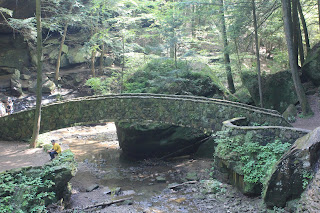 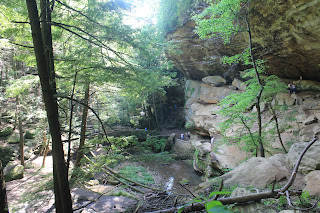 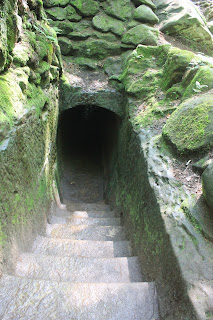